The Board of Directors is composed of 9 Directors and consists of: 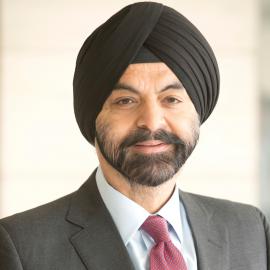 Ajay Banga is vice chairman at General Atlantic. He joined General Atlantic after 12 years at the helm of Mastercard, leading the company through a strategic, technological and cultural transformation over 11 years as president and chief executive officer and one year as executive chair of the board of directors. Over the course of his career, he’s become a global leader in technology, data, financial services and innovating for inclusion.

Over the course of his career, Ajay has become a global leader in technology, data, financial services and innovating for inclusion. At present, he also serves as chairman of the International Chamber of Commerce and is an independent director at Temasek and for Exor, where he serves as chair of the company’s environmental, social, and corporate governance committee. He became an advisor to General Atlantic’s BeyondNetZero venture at its inception in 2021. He has previously served on the boards of Kraft Foods and Dow Inc. Ajay is a member of the Trilateral Commission, the co-chair of the Partnership for Central America, a founding trustee of the U.S.-India Strategic Partnership Forum, a former member of the National Committee on United States-China Relations and chairman emeritus of the American India Foundation.

He is a co-founder of The Cyber Readiness Institute, vice chair of the Economic Club of New York, a former member of the World Economic Forum’s EDISON Alliance, and served as a member of President Obama’s Commission on Enhancing National Cybersecurity. He is a past member of the U.S. President’s Advisory Committee for Trade Policy and Negotiations.

Ajay is a member of the Weill Cornell Medicine board of fellows. He has also served on the board of governors of the American Red Cross, as well as the boards for the Asia Society, the New York Hall of Science and the National Urban League, among others.

He was awarded the Padma Shri Award by the President of India in 2016, the Distinguished Friends of Singapore Public Service Star in 2021, the Ellis Island Medal of Honor in 2019, and the Business Council for International Understanding’s Global Leadership Award. He is a fellow of the Foreign Policy Association and was awarded the Foreign Policy Association Medal in 2012.

Ajay began his career at Nestlé, India, where for 13 years he worked on assignments spanning sales, marketing and general management. He also spent two years with PepsiCo before joining Citigroup, where he rose to the role of chief executive officer of Citigroup Asia Pacific. 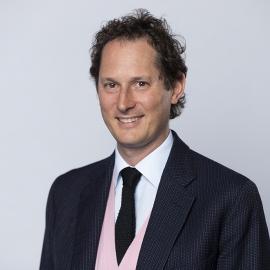 Born in New York in 1976, Mr. Elkann obtained a scientific baccalaureate from the Lycée Victor Duruy in Paris, and graduated in Engineering from Politecnico, the Engineering University of Turin. While at university, he gained work experience in various companies of the Fiat Group in the UK and Poland (manufacturing) as well as in France (sales and marketing). He started his professional career in 2001 at General Electric as a member of the Corporate Audit Staff, with assignments in Asia, the USA and Europe.

Mr. Elkann is also Chairman of the Giovanni Agnelli Foundation, a member of MoMA and of the JP Morgan International Council. 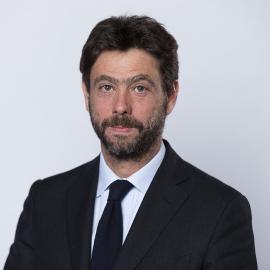 Andrea Agnelli is the Executive Chairman of Juventus Football Club S.p.A. since 19 May 2010, and Chairman of Lamse S.p.A., a holding company for which he is a founding shareholder since 2007.

Born in Turin in 1975, he studied at Oxford (St Clare’s International College) and Milan (Università Commerciale Luigi Bocconi). While at university, he gained professional experience both in Italy and abroad, including positions at Iveco-Ford in London, Piaggio in Milan, Auchan Hypermarché in Lille, Schroder Salomon Smith Barney in London and, finally, Juventus Football Club S.p.A. in Turin.

He began his professional career in 1999 at Ferrari Idea di Lugano, where he was responsible for promoting and developing the Ferrari brand in non-automotive areas. In November 2000, he moved to Paris and assumed responsibility for marketing at Uni Invest SA, a Banque San Paolo company specialising in managed investment products. From 2001 to 2004, Mr. Agnelli worked at Philip Morris International in Lausanne, where he initially had responsibility for marketing and sponsorships and, subsequently, corporate communication.

Mr. Agnelli is a Director of Giovanni Agnelli B.V., a member of the board of directors of FIAT S.p.A. (now Stellantis N.V.) and a member of the advisory board of BlueGem Capital Partners LLP. Since March 2017 he is the President of "Fondazione del Piemonte per l’Oncologia".

From 2012 to 2021, he was a member of the Executive Board of the European Club Association (ECA), which he served as Chairman from September 2017.

Between 2015 and 2021, he held the position as ECA representative at the UEFA Executive Committee.

In April 2021, he assumed the position of Vice President of the Super League, of which Juventus is a founding member. 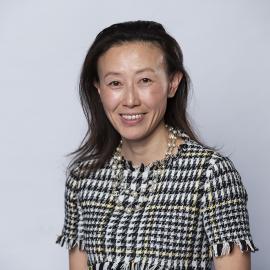 Melissa Bethell is a Partner at Atairos, an investment fund backed by Comcast NBCUniversal, where she is the Managing Partner of Atairos Europe.

Ms. Bethell was previously a Managing Director at Bain Capital for over 18 years and member of the senior leadership team responsible for strategy setting, fundraising and portfolio management. Prior to joining Bain Capital, Ms. Bethell worked in the Capital Markets group at Goldman Sachs & Co., with a focus on media and technology.

Ms. Bethell has a MBA with distinction from Harvard Business School and received a BA with honours in Political Science and Economics from Stanford University. Melissa was born in Taiwan, educated in America and is now a British national. 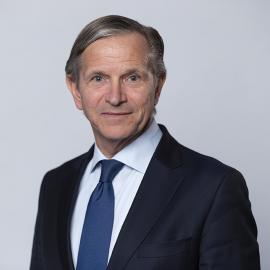 In 2006 he was appointed as Chief Executive Officer of WM Morrison Supermarkets plc, where he led the turnaround after the acquisition of Safeway plc until April 2010.

In May 2010 he joined the board of Marks and Spencer plc was Chief Executive Officer until April 2016. He led the transformation of Marks and Spencer to become a Multi-channel, General Merchandise Retailer and developed the Food business with industry leading growth.
In September 2016 he joined the Blackstone Group International Partners LLP as Senior Operating Partner and from 1 January 2022 continued as Chairman Europe.

He is currently a Non-Executive Director of the Coca-Cola company board, Atlanta USA. He is a Trustee of the Royal Collection Trust and the Chairman of the Royal Collection Enterprises. He is Vice President at Unicef UK. He was elected Vice Chairman of the Consumer Goods Forum in 2014. He was appointed by HRH Prince Wales his personal National Ambassador and was appointed by the Prime Minister as a British Business Ambassador. 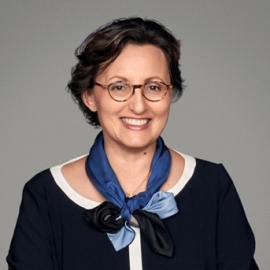 Laurence Debroux was born in France in 1969. She holds a Master in Management from HEC Paris.

Previously, Mrs. Debroux was CFO and member of the Executive Board of Heineken N.V. from April 2015 until April 2021. Before joining Heineken she had been Chief Financial and Administrative Officer and a member of the Executive Board of JCDecaux since July 2010. Prior to this, Mrs. Debroux spent 14 years with the global healthcare company SANOFI where she held various executive positions including CFO and Chief Strategic Officer. 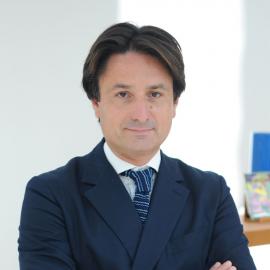 Axel Dumas, great grandson of Émile Hermès, is part of the sixth generation of the Hermès family.

Holding a Master’s in Law and Bachelor of Philosophy, Axel Dumas is a graduate of Sciences-Po Paris and Harvard Business School (AMP).

After eight years at Paribas, based in Beijing and New York, he joined Hermès in 2003 as an auditor in the Finance Department of Hermès International and then became Retail Director for France.

Since June 2013 Axel Dumas has been the Chief Executive Officer of Hermès International. 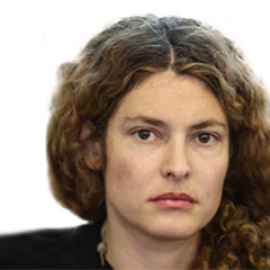 Ginevra Elkann was born in London in 1979 and she has lived in the UK, France and Brasil.

She graduated in Visual Communication at the American University of Paris and completed a Master in Film Making at the London Film School.

Ginevra Elkann is President of Asmara Films, a film production company founded in 2010.

Since 2011 she is the President of Pinacoteca Giovanni and Marella Agnelli. She sits on the Boards of Christie’s, Fondation Cartier and UCCA in Beijing, China. Mrs. Elkann also sits in the Board of Trustees of the American Academy in Rome. In April 2021 she has been nominated new board member of Christian Louboutin SAS. 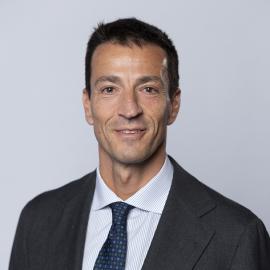 Alessandro Nasi was born in Turin (Italy) in 1974. He grew up in New York and then returned to Italy where he obtained a degree in Economics at the University of Turin.

He started his career as a financial analyst in several banks, gaining experience at a division of Unicredit in Dublin, at PricewaterhouseCoopers in Turin, at Merrill Lynch and JP Morgan in New York.

He then joined JP Morgan Partners in New York as an Associate in their Private Equity Division.

In 2005 he joined Fiat Group as a Corporate and Business Development manager, heading the Asia Pacific division.

In 2007 he was appointed Vice President of Business Development and a member of the Steering Committee of Fiat Powertrain Technologies.

Mr. Nasi is a member of the Advisory Board of Lego Brand Group and an independent Director of GVS.

He is a Director of CNH Industrial and Iveco Group. He is also Chairman of the board of Iveco Defence and Astra.

Mr. Nasi is Chairman of the board of Comau. He is a Director of Giovanni Agnelli B.V.